Lunch by the River

Last Friday, I met a friend of mine for lunch at Margaritaville in the Flats, in downtown Cleveland. 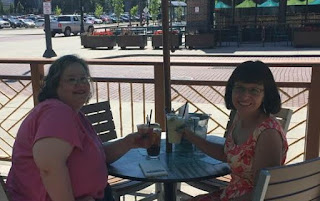 The Flats are so called because they're lower than the rest of downtown. They're the shores of the Cuyahoga River. For a long time, the Flats were mainly for the loading or unloading big cargo ships that still traverse Lake Erie and dock at the port of Cleveland. But a few decades ago, developers started putting restaurants, bars and entertainment venues in. The Nautica Queen is a pleasure boat that cruises up and down the river, and can go out on the lake when the weather is appropriate. The Dancer had her senior prom on the Nautica Queen.
I have no idea what it costs to be able to dock your boat or jet ski in the Flats. You can see the Nautica Queen side on and head on in the two pictures below. 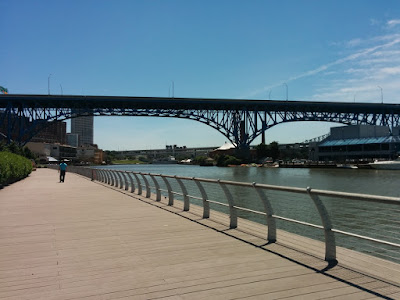 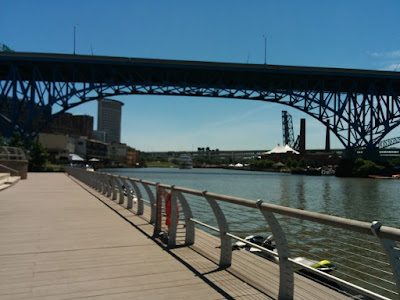 This is the best shot I got of the Nautica concert stage, and the Powerhouse building, which now contains several restaurants and entertainment venues, plus the Cleveland aquarium. 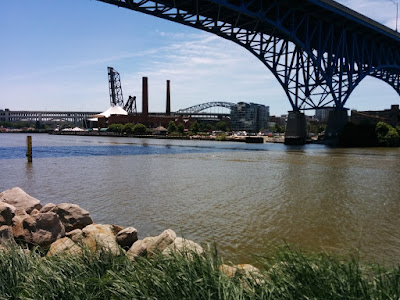 I think I need to get Mr. BTEG to take me down to the Flats again before the bad fall weather sets in. :)
Posted by Barb the Evil Genius at 5:05 PM 2 comments:

Labels: Cleveland, entertainment, Flats, friends, out and about, restaurant 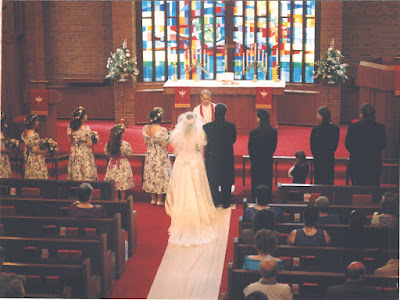 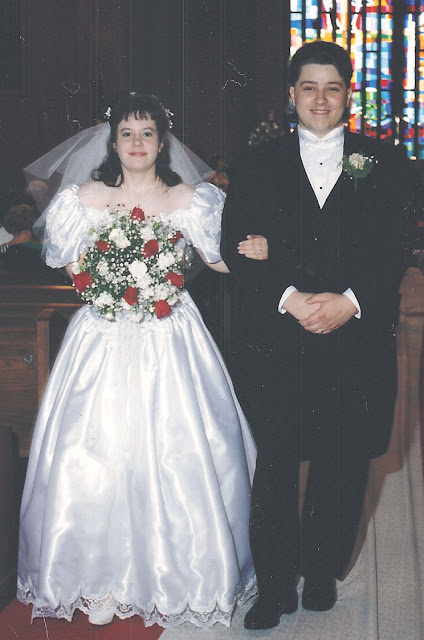 Posted by Barb the Evil Genius at 2:30 PM No comments:

Grass Is Green, Water Is Wet, Cleveland Gets Midges

Apparently, the yearly infestation of midges is important news this year. Is there an unusual amount of them in 2018, or something? I don't really get that from the article. I spent most of my childhood years living two blocks from Lake Erie, in the 1970s. The outdoors would be crawling with those things for a little over a week. You kept your mouth closed and dealt with it. For that matter, it's difficult to drive your car in NE Ohio during a summer evening, or ride a Cedar Point roller coaster as dusk settles in, and not encounter a few bugs, even once the midges are gone. Take your car to the car wash, and as for the roller coaster, well, it's sometimes hard to keep your mouth shut, so be prepared to pick a bug out of your teeth.
Posted by Barb the Evil Genius at 4:20 PM No comments: