So the Dancer is officially done with high school, and the Musician is getting married in October! Time to do my own thing is becoming increasingly less scarce. Even though I'm really introverted, I'm still trying to find new ways to get out of the house, that I'll enjoy. I already attend a knit/crochet group once a month, and I'm trying to find people locally who are interested in doll collecting. I like going to baseball games, and it'd be fun to go to a concert once in a while. Neither my husband nor daughters are interested in the same music I am, nor are they interested enough in baseball to swing tickets, for the price.

At the same time, while scanning Google Plus a few days ago, I realized how few of these people online are my actual friends. It was enjoyable having other people to talk to about homeschooling, for example, while I was still doing that. But quite a while back, I realized that during the last period of time when Mr. BTEG and I were especially suffering through a difficult situation, we had absolutely nobody there for us. Our pastor did come and commune us, since Mr. BTEG's health hardly let him leave the house at that time. But it was just Mr. BTEG and I in the day-to-day struggle, me mostly trying to support him and be there for our girls. And now that I have more time to make better friends, even if some of them are still online friends, I don't want to waste thoughts or time or bandwidth on people that I don't have a real relationship with. And with more discretionary income and time, I can focus more on things I've always wanted to try, and maybe make real friends that way too.

This may not become strictly a hobby blog, but I think posting about new things I'm trying, and hopefully new people that I meet, will make for some fun blog posts. I may go back more to posting about current events, if I have a bloggable opinion. Because I like blogging! I've been able to interact and meet with some fun people while I've been writing this blog, and I'm hoping I'll meet more. Next time I blog, it will probably about my lunch date with a friend either in Ohio City or the Tremont neighborhood. I've never been to Tremont, although that neighborhood has been livened up by the development of the Christmas Story House and Museum. Don't know if we'll visit that, but if we do end up in that area, I'll take pictures. 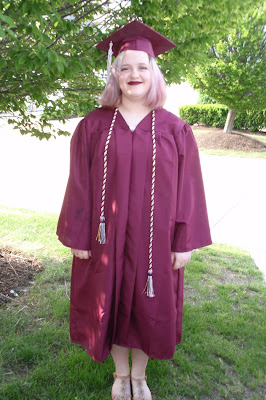